We’re endlessly amused by the essentially semitic game “Who’s the Jew?” In my house, we fervently celebrate the Jewish identity of celebrities, athletes, artists and writers or historical figures famous or obscure, and bitterly lament the transgressions of Jewish bad actors (see Madoff, Bernard).

The annals of Rock n’ Roll history are imbued with major Jewish stars who’ve left an indelible mark on contemporary music and culture. The list is star-studded, indeed, even if you ignore crypto-Jew Elvis Presley, whose matrilineal Jewish heritage is unquestioned. Rock music’s co-religionists include: Kiss’ Gene Simmons and Paul Stanley, The Go-Go’s Susanna Hoffs, Billy Joel, Simon and Garfunkel, Joey and Tommy (a literal Yeshiva Bocher) of the Ramone’s, The Band’s Robbie Robertson, Lou Reed and, of course, Nobel Laureate Bob Dylan (born Robert Zimmerman), among a slew of others.

What do the songs penned by these Rock stars representing different eras and a wide-raging array of musical styles have in common, for the most part? Angst, of course.

They are all Jewish, after all.

Existential angst, especially the teenage variety, isn’t the sole domain of Jewish Rock musicians by any means. But eloquent expressions of emotional pain are a cultural hallmark that appears in all Jewish artistic expression and has been for hundreds, if not thousands, of years. It is no wonder a list of current and future Rock n’ Roll Hall of Famers is replete with birth names like Zimmerman, Hyman (Joey Ramone), Weinstein (Mountain’s Leslie West), Roth, and Knopfler, et al. Alan Freed, the Cleveland DJ often credited with coining the phrase Rock n’ Roll and pioneering the genre’s popularity, was of Russian-Jewish ancestry. 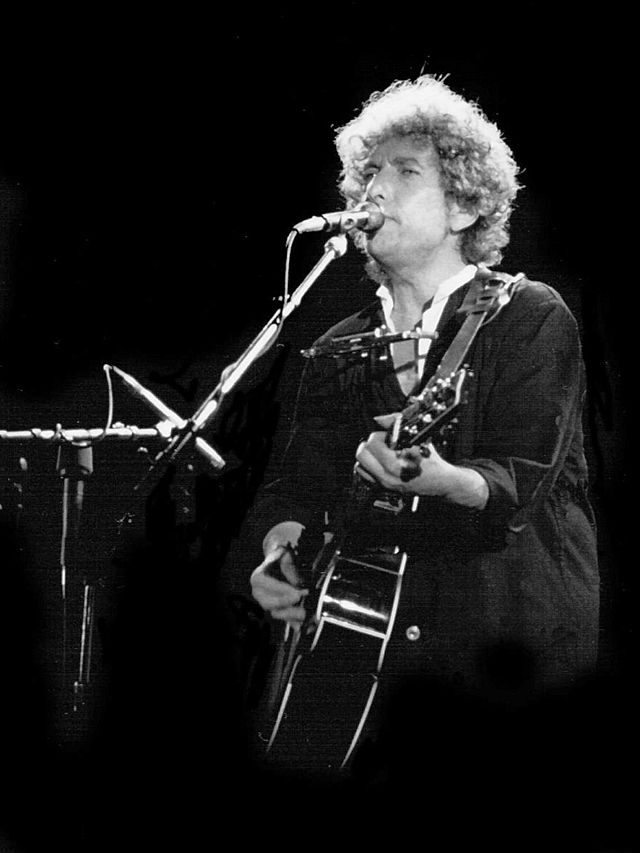 The notoriety afforded by the Nobel committee’s recognition of Dylan’s lyrics as a kind of poetry representative of the global zeitgeist leads us to reflect: What is the common theme transcending language barriers that makes a song speak to all humankind? Surely, in Rock music unrequited love is one such focal point. Loneliness and loss are others. Political revolution and nihilism – quintessentially Jewish themes, especially in the 60’s and 70’s – resound across the music of not just Dylan, but Jewish protest singer Phil Ochs and the American Punk Rock bands of the 1970’s. One oft-cited example is Lou Reed, sometimes referred to as the “Godfather of Punk,” and his seminal but short-lived band, the Velvet Underground.

An article in the academic journal Popular Music by University professor and author Jon Stratton explains, “Punk’s celebration of nihilism should also be understood as an expression of the acknowledgement of the cultural trauma that was, in the late 1970s, becoming known as the Holocaust.” He asserts a disproportionate number of Jews led development of the American Punk Rock phenomenon, citing as examples iconic bands like the Ramones and New York Dolls. Others include the predominantly Jewish bands the Dictators, Richard Hell and the Voidoids, Patti Smith, and Blondie, all of whom I saw frequently at New York’s CBGB’s or Max’s Kansas City, back in the day. My best friend from Hebrew school while growing up in Queens was Howard Finkel, bass player for Get Wet and Cherry Vanilla, both mainstays of the New York Club Rock scene.

In his 2006 book Heebie-Jeebies at CBGB’s, subtitled A Secret History of Jewish Punk, author Steven Lee Beeber suggests, “The shpilkes, the nervous energy of punk, is Jewish. Punk reflects the whole Jewish history of oppression and uncertainty, flight and wandering, belonging and not belonging, always being divided, being in and out, good and bad, part and apart.”

Perhaps, no Pop Music lyric speaks to a Jewish theme more directly than Neighborhood Bully, Dylan’s 1982 post-Lebanon War ballad equating Israel with an “exiled man” who is unjustly labeled a bully for fending off constant attacks. “The neighborhood bully been driven out of every land. He’s wandered the earth an exiled man.  Seen his family scattered, his people hounded and torn. He’s always on trial for just being born,” Dylan laments.

Israel’s left-leaning newspaper Haaretz characterized it as, “…a rare declaration of full-throated Israel support by a mainstream American rocker.”

Another example of a Jewish-themed lyric is the Ramones lambasting of then President Ronald Reagan for planning a trip to an SS cemetery in the song Bonzo Goes to Bitburg. They scathingly decried, “You’re a politician. Don’t become one of Hitler’s children. Bonzo goes to Bitburg, then goes out for a cup of tea. As I watched it on TV somehow it really bothered me.”

Yet it would be wrong to ignore positive themes also expressed in Jewish rockers’ lyrics. Even the notoriously taciturn Mr. Reed waxed nostalgic in a 1996 song about the favored refreshment of his youth, Egg Cream, which rivals even Manischewitz wine as the most symbolically Jewish of beverages. “When I was a young man, no bigger than this. A chocolate egg cream was not to be missed. Some U-Bet’s Chocolate Syrup seltzer water mixed with milk. You stir it up into a heady fro’, tasted just like silk,” he reminisced.